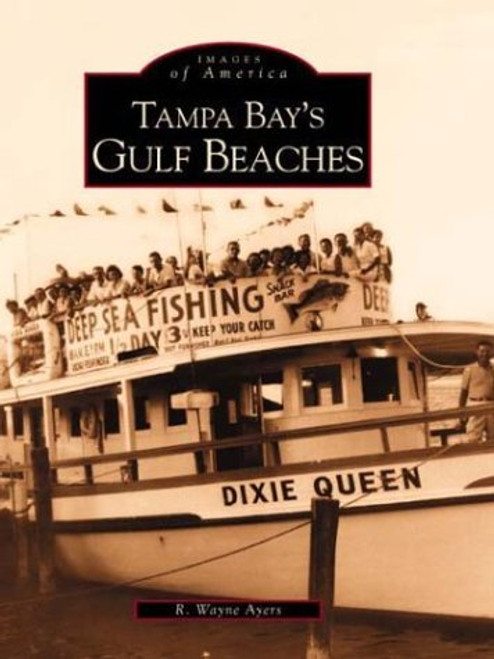 Tampa Bay's Gulf Beaches follows the fascinating development of the beach strip along the Gulf of Mexico, from Pass-a-Grille to Clearwater Beach, from its early settlement in the late 1800s until its blossoming as a tourist haven after World War II. This famous beach strip is the pride of residents and a premier destination for beach lovers worldwide with its miles of white sand and glorious sunsets. History shows that just a century ago the strip was largely a vast wilderness visited primarily by fishermen and a few adventurous bathers and sightseers. Over the years, curiosity gradually gave way to an abiding affinity for these beautiful beaches and towns that sprang up along the shore.

Through vintage postcards and photos, a diverse group of people and places are shown as they actually appeared-sportsmen and their "catches;" bathers whose attire evolved from bloomers and formal dress to one-piece bathing suits; the early "swing" and rickety wooden bridges; rustic frame hotels giving way to modern motels; the "downtown" areas of Indian Rocks Beach, Pass-a-Grille, Madeira Beach, and Clearwater Beach; plus casinos, bathhouses, waterslides, a Grand Hotel, and much more.