Sounds of Nature: World Of Oceans by Claire Grace 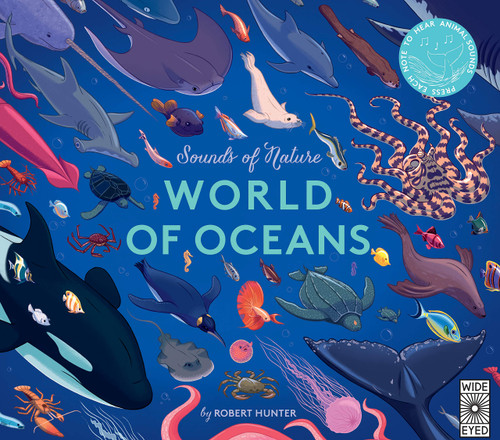 Sounds of Nature: World Of Oceans by Claire Grace

Travel the world with the Sounds of Nature series – press the note in each of the 10 ocean habitats to hear vivid recordings of over 60 different marine animal sounds.

The Sounds of Nature series brings the natural world to life with the sounds of real animals recorded in the wild. Captivating edge-to-edge illustrations show animals in action in their habitats around the globe. The animals are numbered in the order they can be heard, with fascinating facts and descriptions of the sounds they make, so you can listen out for each one. A speaker set into the back cover plays a sound clip when you press firmly on the note in each illustration. The battery is already installed, so simply open and explore.

Sounds of Nature: World Of Birds by Robert Frank Hunter